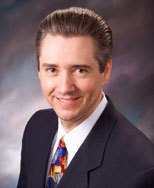 In addition to his chiropractic degree, he decided to further his education in functional healing by obtaining the Core and Advanced Frequency Specific Microcurrent training. With this training he was able to start helping his patients manage their pain relief using the FSM machine. He also pursued his passion for functional medicine while practicing at the Functional Medicine Institute of Dallas in the fall of 2003.

Dr. Guidry came to Iowa in the summer of 2003. In December of 2003, he received his Iowa doctoral chiropractic license and opened his office in Webster City, Iowa. During this time he also completed courses for the Nutritional Diplomate program (300+ hours) approved by American Clinical Board of Nutrition (ACBN) in May 2007.

He moved to Des Moines in January 2008 to open his practice at Nutrition Marketplace and has been serving hundreds of patients in the community ever since.

Functional medicine practitioners strive to identify and treat the underlying causes of illness through the investigation of the patient’s health background and, further, by co-creating a plan for health and healing.  Unlike conventional western medicine, where illness is treated with pills and surgery, functional medicine doctors strive to empower and educate patients in natural wellness care whereby patients continue to enhance their own health after visits and treatments have been completed.

The practice of functional medicine started in the early 1900s as a vision by a few doctors who chose to provide a holistic way of paring for patients, as opposed to the conventional approach using the practice of western medicine.

President of the Institute for Functional Medicine (IFM), David Jones, MD, explains functional medicine as the operating system running the background of a computer, while integrative medicine, like acupuncture and homeopathy, are like specific apps running in the foreground without the operating system connecting them.

Unlike most doctors, mainstream and alternative, Dr. Guidry incorporates preventative tests with functional medicine to achieve better results for his patients. Preventative tests are usually only performed after a person has a health crisis. At that time, it could be too late. Waiting until this point could result in a long-term negative health complication, hospitalization or even an untimely death.

We run tests that usually are not suggested until after a health crisis occurs. This helps to prevent a major health issue and to improve health long term.

We analyze the results of various preventative tests to accurately address the cause of illness.

We don’t work within a confined medical box and take the time to go above and beyond with each patient.

We have years of experience and an extensive background in a variety of natural health techniques.

Purchase your recommended vitamins and supplements right in our office.

Feel relaxed and comfortable in our office located in the center of Des Moines.